I’ve never thought that my son would be so much interested in aviation. He has already had many hobbies which didn’t last for too long, but plane modelling has really caught his attention. I admire his patience when I look at him sitting at the kitchen table assembling little wooden parts of the aircrafts. He proved to be a very talented modeler.

He also spent considerable time planning how to prepare aviation zone in his bedroom. He hung all his models with my sewing thread from the ceiling. I was blown away by the layout, but he wanted to make the sky territory more realistic, that is why Homemade Clouds by Ben Partridge found on Apartment Therapy came in handy. The idea of making these puffy clouds is simple and quick. The ceiling looks impressive and there is no greater joy for my son than showing off his bedroom.

Do you like observing cloud shapes in the sky? Get inspired by the idea and make your own at home. Show us your cloudy decorations on our fan page.

Follow the link to find a bit by bit tutorial of Homemade Clouds. 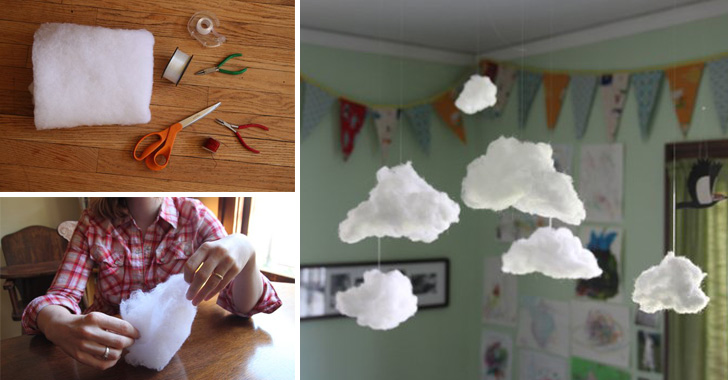 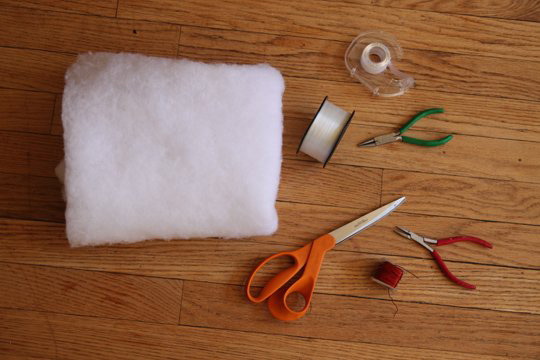 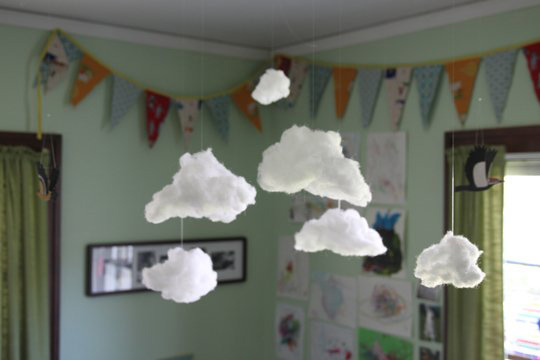