Hungry for April Fools' Day pranks? I’ve got a hell of a jar that will scare all late food foragers who inhabitate your place! The gag will take some time to make but result is totally worth it and will be remembered for a long time. Head in a Jar Prank is just as scary as Meat Hand or Necronomicon Pizza, but instead of cooking experience, you’ll need some basic Photoshop skills (not to mention the software itself ;))

The thing is to blend two pictures together in order to prepare flat image of a human head. Afterwards, the photo has to be laminated and placed in a jar filled with fluid to create the illusion of a decapitated head. This nasty prank was prepared by Instructables’ user, mikeasaurus, who advises to personalize the gag for the best effect.

If you dare to use this horryfing idea, let us know about the reaction of unfortunate late-night nibblers below the post. We hope it won’t be too much for them though.

Check the tutorial on Instructables. 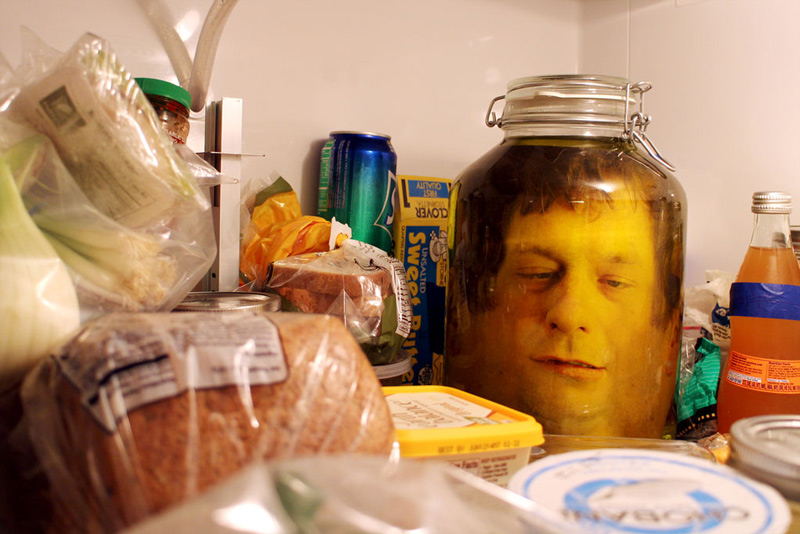 One thought on “Head In A Jar Prank”