What comes to your mind when you see a one-wheeled device attached to the side of a motorcycle? For me, there’s only one association. I can see a black and white movie presenting some World War II events. Sidecars were quite commonly used to transport stuff or other people by the army at that time. Now their view isn’t so common but if you start thinking about their usefulness you can only wonder why.

One of the contributors of ‘Instructables’ came up with a modern version of Sidecar, which he attached to his bicycle to transport his 3-year-old son. He gives a detailed explanation on how to build the construction. The assemblage is technical but by making your bike asymmetrical not only you can prevent it from tipping over but you also get additional transport space. If you want to add some home atmosphere to your sidecar, you can decorate it with Wearable Plants.

Would you be ready to use the idea in practice? Do you find it practical? Let us know.

Check out the tutorial on Instructables. 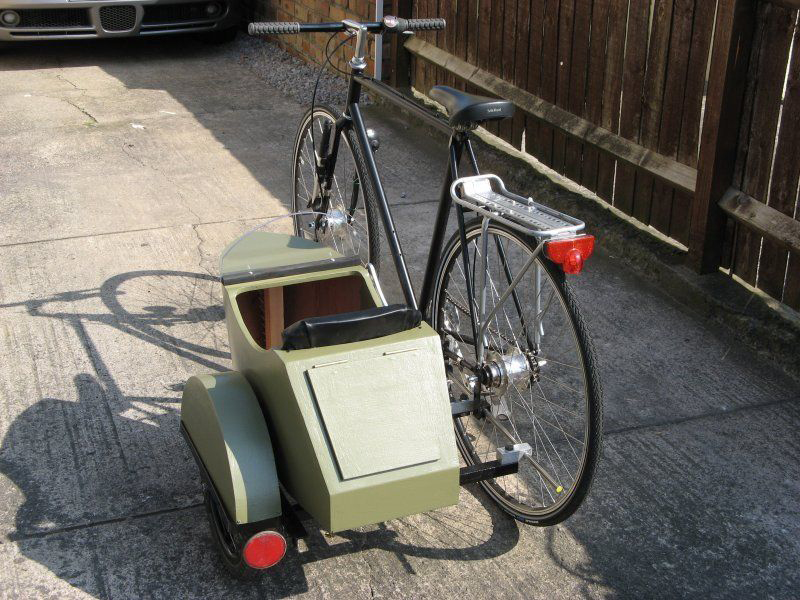