It is a commonly known fact that children love to copy adults' actions in their play. That is why, play kitchen for kids is one of the most desirable toy for them.

We've got a plastic one at home, but that is nothing in comparison with this - Repurposed Play kitchen found on Giggleberry Creations. It is our "must have" from now on, since I know our daughters would love it!

Amy from Giggleberry Creations blog not only shows the kitchen made by her parents for her daughter, but also encourage others to use that example, as an inspiration for making their own play kitchen.. She found this D.I.Y. project on Sutton Grace blog, and made a good decision to take this up. She has even created a photo album with people' works 'before' and 'after'.

That is so fascinating, also - the chain of people inspired by the same great idea of recycling things by giving them next (better) life for the sake of their children! I mean 'sake' not only in terms of having fun, but also trying to reduce production of litters by reusing them. I believe, that our kids will appreciate it pretty soon. 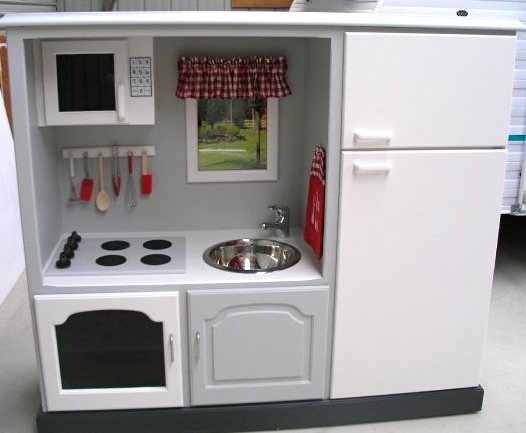 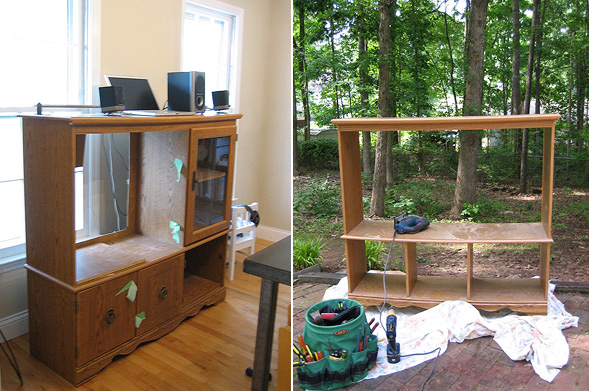 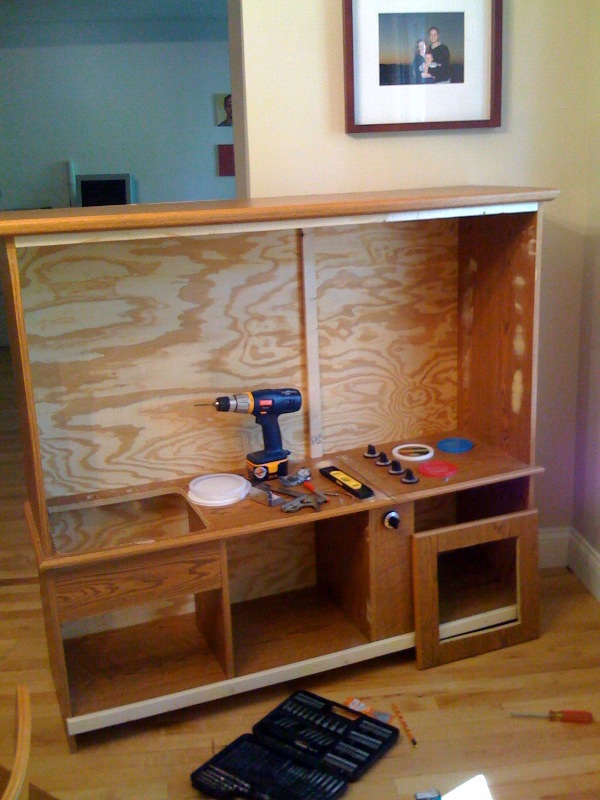 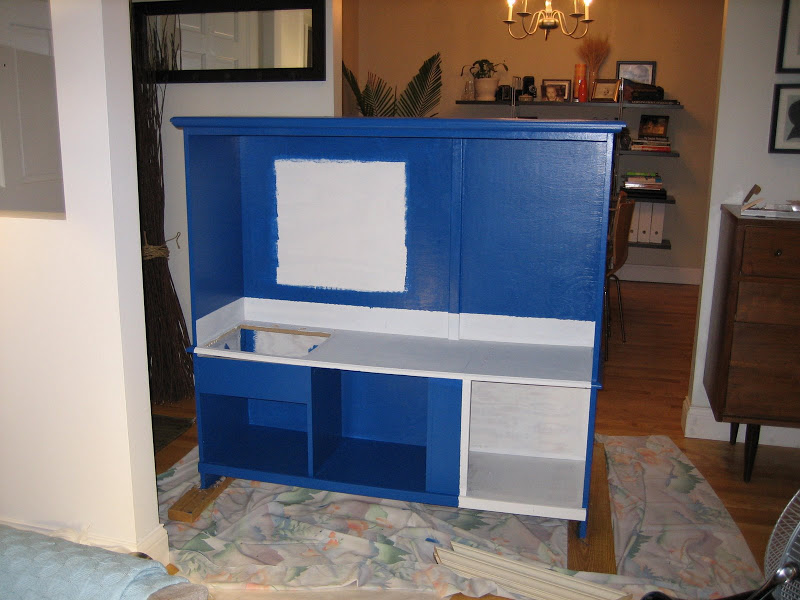 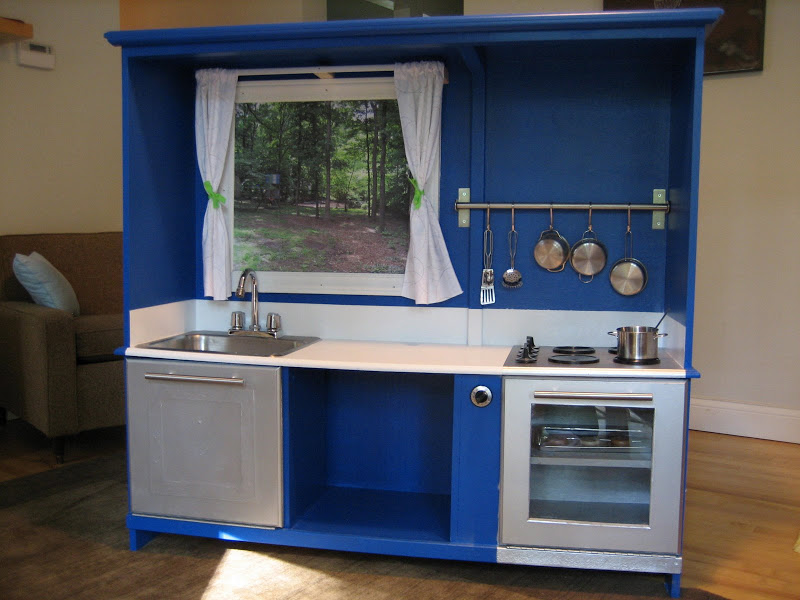