Work in the restaurant business is not a bed of roses. Many of us do not realize what it actually looks like behind the scenes.

Chefs and the rest of the restaurant staff share some trade secrets. There are several things you have no idea of!

#1 There are many more people working there than you think!

Unfortunately managing this kind of business is not easy. It is primarily about controlling all the interaction going on among the personnel. Although you can’t see some of them from your cozy table, you need to be aware that the image of the place is not created by waiters, bar tender or cooks only – there are social media experts, managers and suppliers who also contribute to the overall impression. Managing human resources is an extremely challenging task which is mainly about detailed planning of the logistics. A number of people working i the field admit that it is the staff who is in charge of washing-up who play the most critical role in the business. Although commonly underestimated, this is them who makes the whole machinery works like a dream. It’s their hard work that in the end lets us tell a good restaurant from a bad one.

#2 Even if there is one ingredient missing, the dish mustn’t leave the kitchen 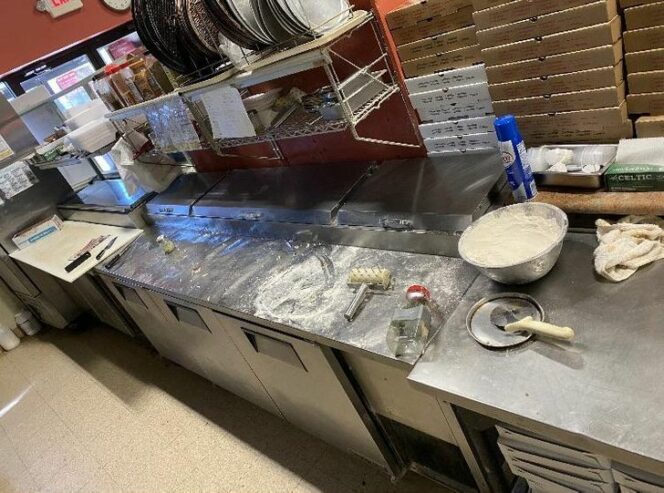 The kitchen is not about replacements. If there is just one ingredient missing, there is no way the dish can be served for the customer. If it is possible to get it somewhere nearby, one of the staff will just go to buy it. But if it is about some indispensible products, e.g. fresh seafood, the restaurant would sooner apologies to the guests rather than serve ‘something’.

#3 The menu is not as luxurious as you think

A former chef and a founder of Schaffer explains that some fancy items on expensive restaurants’ menus are there to boost the image of the place generating high profits. Fortunately, you can always find some cheaper options that create some kind of balance in terms of financial turnover.

Usually it’s drinks where restaurants have the highest profit margin. That is why free water is a rarity and a fizzy drink can cost you an arm and a leg.

In some huge restaurants the cooks work 24 hours a day. Even if the place hasn’t opened yet, the kitchen is busy preparing for another day. Cooks have to check if they have all the necessary ingredients. If they don’t, they have to buy them and prepare to serve the drinks faster when the guest actually arrive. Some cooks work as long as 14 hours a day.

Of course that should not become a standard. We are all entitled to some time off to charge our batteries. Unfortunately, the working hours in the restaurant business are far from being fixed. Nobody knows what ‘a nine-to-five job’ means here. It is also common to work on holidays and have a day off on a weekday.

#5 All chefs are impatient

When we are starving, we just want to pick up a dish as quickly as possible and get it served. Every minute of delay is infuriating. It turns out that it’s also the chefs who get really impatient if they happen to be a guest at another restaurant and have to wait for their meal to be served. Fortunately, after a moment they recall what their job looks like on the other side and just keep on waiting.
Good chefs are also believed to yell and insult everyone around while the rest of the staff humbly carry on working not paying attention to the mood swings of their boss.

One might think that the restaurant staff don’t know what it feels like to be hungry. The reality is completely different, though. In fact they are often too busy to have a good meal, and even if they manage to get a snack, it’s normally a very quick one. Not to mention the most expensive dishes on the menu which are simply unavailable for the staff.
Another problem is that some greedy managers could go as far as to charge their staff for the so-called ‘ perk meal’.