Have you ever wondered whether it is better to do the washing up yourself or just use a dishwasher? Of course there is no device that will perfectly replace a human being. However, the whole thing is not about replacing us but making our lives easier. Therefore let me ask the question once again: what will do the washing-up better, the dishwasher or your own hands?

The dishwasher was invented in 1850. At first it stirred up a lot of controversy as it was a bit far from perfection. Of course words of admiration could be heard, too.

It’s been 150 years since then. Although many people don’t even want to hear about a dishwasher at home, the statistics clearly prove them wrong. The machines are faster, more hygienic and safer for the environment that hand washing-up. I know a few people who, just like their grandmothers, pour a bowl of water and wash all the dishes in it, claiming to do so for mother nature. You have to admit it – it is not very hygienic, isn’t it?

Myth: ‘Hand washing-up is more effective and better for the environment.’

It is still quite commonly acknowledged that manual washing-up is safer for the environment, cheaper and, first and foremost, faster.

Myth: ‘The dishwasher is not economical at all.’

Obviously if you switch it on for one dirty mug or one dirty plate, your bills will rocket. However, experienced users know it that you only turn it on when it is fully loaded. You don’t have to bother about dry stains. You do have to remember though that food leftovers have to be scratched off and thrown away.

Myth: ‘Why do I need a dishwasher if I still have to rinse the dishes with water first?’ 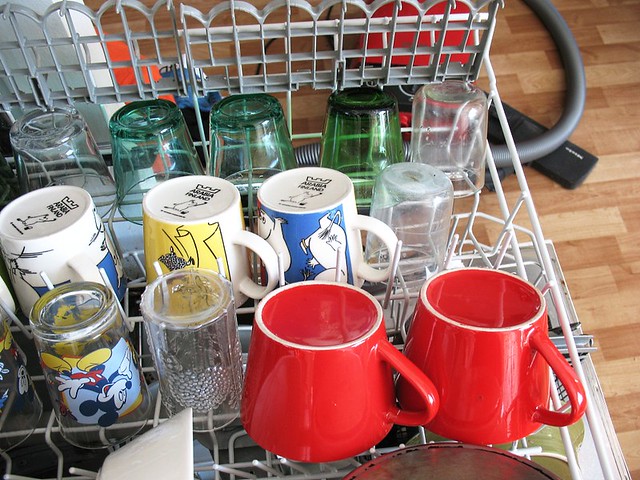 In fact, as much as 22,000 litres of water goes wasted in an average household because of this ‘pre-washing-up.’. That is neither ecological nor economical. Moreover, modern dishwashers are equipped with a sensor that detects dishes which require more washing up. As if that was not enough, they evenly distribute the water at high temperature so that the dishes could be always clean. 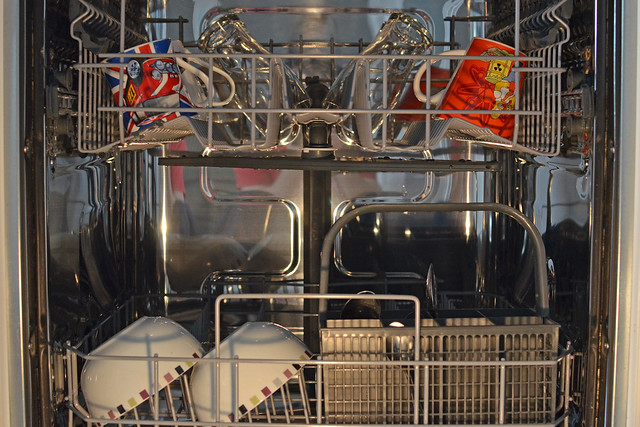 To sum up, a dishwasher means a lot of benefits as long as you remember to keep it clean. At least once a month (or more often) switch on an empty dishwasher to eliminate dirt and bacteria.

Do you still think that a dishwasher is a bad idea? Let us know in your comment.