Did you ever wonder why Starbucks cups are being signed with the customer’s name? This popular chain is loved by some and hated by others. Regardless of the group you are in, you are probably curious whether signing cups is just a way not to confuse customer orders or maybe it has some hidden meaning? Of course it does – after all it’s Starbucks!

Why cups are being signed in Starbucks? – some important facts 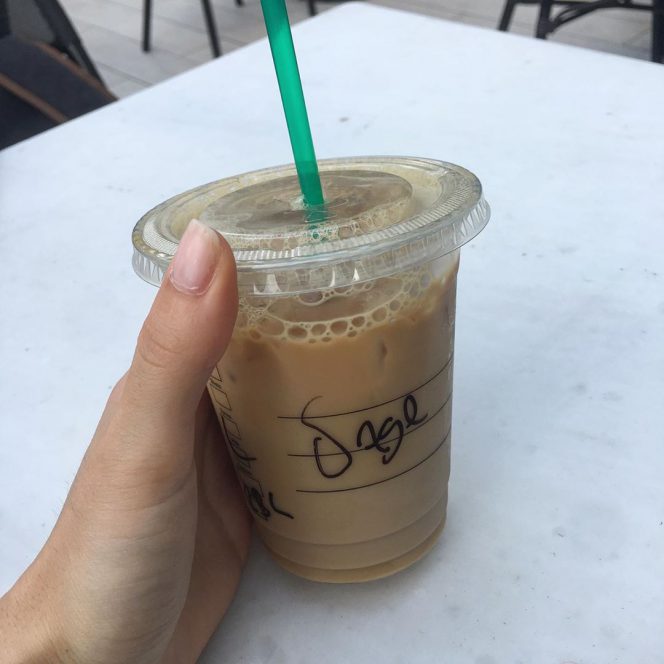 Starbucks, the world’s largest chain of cafes, was founded in 1971 in Seattle. By 2018, the chain had nearly 28,000 cafes in 74 countries. The logo of a well-known chain store is a mermaid from Greek mythology. The coffee itself in a characteristic cup with a green and white logo often appears in movies, including the movie “Terminal” or “Shrek 2”. In 2019, there were also speculations that the company bought an advertisement in popular series “Game of Thrones”, where the actors were deliberately drinking from cups with the Starbucks logo.

One thing is certain, whatever the company does the eyes of the whole world looks at it. Well conducted marketing and visual cohesion have made millions of people desire Starbucks coffee and in addition wanting to take a picture with a cup signed by the employees of the cafe.

And here we are heading to the main topic of our article, why the cups in Starbucks are being signed? Is it an important aspect of sales, a marketing gimmick or a way to avoid confusing orders?

Remember, we’re still talking about Starbucks, and here nothing is accidental. 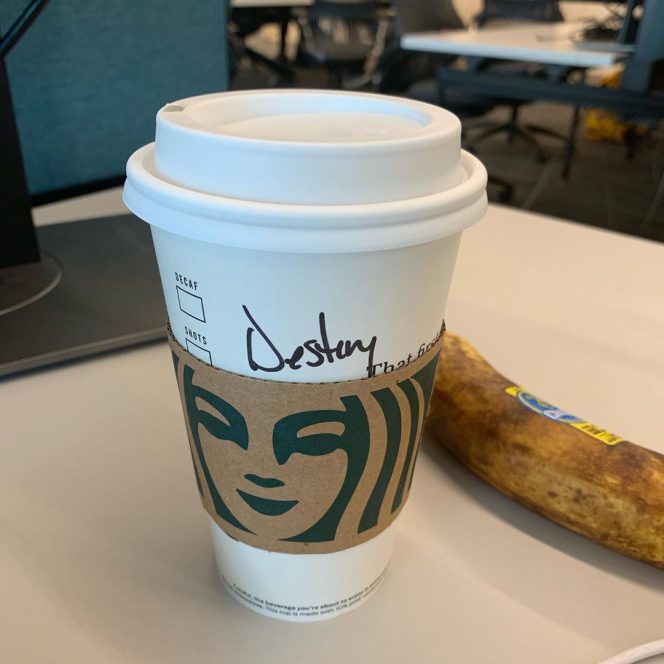 Its all a matter of our psyche and subconsciousness. Think for a moment and answer a simple question. Do you have your favorite cup at home or at work? Sure you do! Everyone has. Even if there are several dozen cups in the cabinet, you always prefer to reach for this old, already slightly damaged cup. Maybe you associate it with your childhood or was given to you by a person that is close to you? Every drink always tastes better in your favorite cup, right? That’s why specialists from Starbucks decided to sign the cups with names, because in this way the customers feel that they drink coffee from their “own” cup. This factor of our subconscious causes that the brain is sent impulses that associate coffee with something even more delicious than it is.

And while most cups at Starbucks are plastic, the cafeteria chain decided to phase out plastic straws by 2020. Straws made of materials other than plastic were to appear in cafes. The company also wants to design cups to replace lids. The new project is about to completely exclude the use of straws.

Now you know why cups at Starbucks are being signed! Surprised?